The WSCA Championship Show and the Minnesota State Fair are the two big WSCA events each year. The WSCA Championship Show is held annually and is the largest open breed show in the Nation. There are approximately 1200 horses with close to 5000 entries in 76 pleasure and game classes. WSCA also participates in the Western Show at the Minnesota State Fair with several WSCA events. These events include: Drill Team and Square Dance Competition, Tandem Bareback, Trailer Race, Ribbon Race, Barrel Racing, Pole Weaving, Jumping Figure 8 and 4-in-a-line. This section is dedicated to providing information to WSCA members on qualifications, results, news and general information regarding these shows.

IMPORTANT!  The following rule will apply to WSCA qualifying shows.  Please make your saddle clubs aware of this new rule.

Qualifying shows must be advertised on the “ON DECK” section of the WSCA website.

All WSCA Saddle Clubs hosting qualifying shows must be published on the “ON DECK” section of the WSCA web site 7 days before the date of the show, otherwise the show is non-qualifying. If a rain date is needed and the show is rescheduled within 7 days, the show does not need to be republished on the “ON DECK” WSCA web site. If the show is rescheduled after the 7 days of the original show date, the show must be republished on the WSCA web site “ON DECK.”If the show is hosted by a non-WSCA Saddle Club and has not been placed on the WSCA “ON DECK,” the judge will determine if the show is an Open Show following WSCA rules.In order for a show to be challenged, a signed letter of complaint must be sent to the Judges Committee prior to the deadline for the MN State Fair &/or WSCA Championship Show. Please Contact Steve Tibbets if you have any questions, 763-972-6544. 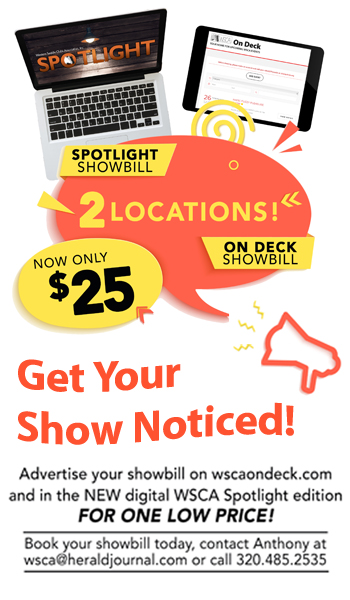 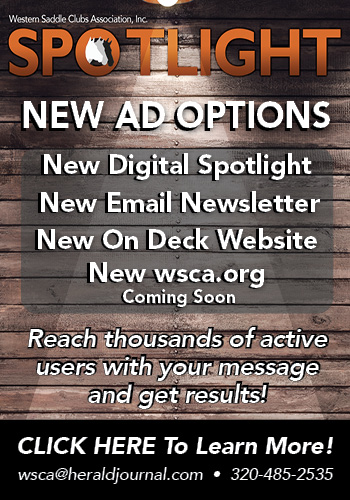